The ongoing influence of John and Charles Wesley is unquestioned, and exponentially growing. Their contribution to the Christian church is well attested and we should be grateful for these two men of God. But whenever we speak of John and Charles we must keep in the back of our minds someone else, for as the old saying goes, “Behind every great man is a great woman.” Well, behind these two great men is undoubtedly one of the greatest women of Christian history, their mother, Susanna Wesley.

Much has been written about Susanna, as a mother of 19 (not all of whom survived childhood), the wife of a minister who was skilled in many things, but distinctly lacking aptitude in others, she was left at times as the sole carer of her children. What is significant, though, is the way in which she sought to treat her children as her own ministry responsibility.
In a letter dated February 6, 1711, to her husband, Samuel, during a time when he was absent from the family she wrote the following 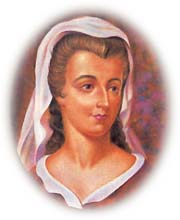 “As I am a woman, so I am also the mistress of a large family. And though the superior charge of the souls contained in it lies upon you; yet, in your absence, I cannot but look upon every soul you leave under my care, as a talent committed to me under a trust, by the great Lord of all the families, both of heaven and earth. And if I am unfaithful to him or you, in neglecting to improve these talents, how shall I answer unto him, when he shall command me to render an account of my stewardship?

“As these, and other such like thoughts, made me at first servants… I thought it my duty to spend some part of the day, in reading to and instructing my family: And such time I esteemed spent in a way more acceptable to God, than if I had retired to my own private devotions.

“At last it came into my mind, Though I am not a man, nor a Minister, yet if my heart were sincerely devoted to God, and I was inspired with a true zeal for his glory, I might do somewhat more than I do. I thought I might pray more for them, and might speak to those with whom I converse with more warmth of affection. I resolved to begin with my own children; in which I observe the following method:—I take such a proportion of time as I can spare every night, to discourse with each child apart. On Monday, I talk with Molly, on Tuesday, with Hetty, Wednesday, with ; Thursday, with Jacky, Friday, with Patty; Saturday, with Charles; and with Emily and Suky together on Sunday.”[1]

Susannah's resolution to "begin with her own children" was one that, I think, ultimately set the course that both John and Charles would eventually travel. It also captures entirely what I once heard a wise, retired Officer say (and have since never forgotten).

“Your children are your first congregation.”

As a father and as a Christian it is vitally important that I do not forget to treat my children as my first ministry responsibility. Together with my wife I have a responsibility to teach and demonstrate to our children the love of God and to encourage them in their emerging walk with him.

This must be an absolute priority and my kids must know that.

Yesterday, in our staff prayers at , we were given the opportunity to write a note of encouragement to someone. Immediately, my children came to mind and so I wrote a short personalised note to them, naming some of the things they do that bring me joy, telling them that I love them, I’m proud of them, and that I pray for them everyday. To see their faces light up as they read reminded me of something Archbishop Desmond Tutu once said.

“We can know the double blessing that blesses both the giver and the receiver, and no one knows which they are and it does not matter.”[2]

Tell them everyday. Tell them today.