"His Blood Is On Us" 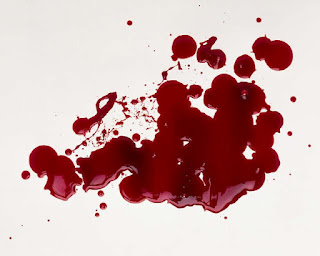 Sitting in the midst of Matthew’s passion narrative is a verse that has been referred to as the “darkest and hardest verse in this gospel.”[1] The infamous “blood libel” (Matthew 27:25) has certainly had a dark and unfortunate past in the history of the church. The worst of which involves this verse being used to support the anti-Semitic agenda of those who would want to point the finger towards the Jewish people assigning them perpetual responsibility for the death of Jesus. So powerful has this been that when Mel Gibson produced his The Passion of the Christ in 2004 this verse was spoken in Aramaic (by the Jewish priests) but deliberately omitted from the English subtitles. At the outset such a misinterpretation of this verse must be rejected outright.

Matthew’s Jewish emphasis has long been discussed by Biblical scholars. He presents Jesus as a new Moses, as shown by the five teaching discourses patterned on the Pentateuch and the “mountains” of teaching and authority, which intentionally mimic Sinai/Horeb. Jesus is the “Son of David” and the “Son of Abraham” (Matthew 1:1), linking him intentionally to the Kingdom of Israel and the Forefather of the Jewish faith. More could be said (and has already) to emphasise this point, suffice it to say it would seem odd, therefore, for Matthew to reject the people of Israel with the verse in question when he’s gone to so much effort to display a very Jewish Jesus.

So how might we interpret this dark and difficult verse?

Well if we read this verse in the light of Leviticus 17 some light is shed on the intended meaning here. It seems from the beginning of this chapter that the people were sacrificing animals wherever and whenever they wanted to. Instead, they are instructed to bring their sacrifice to the priest, “that is, to the Lord,” (Lev 17:5 - notice the language of mediation here). The priest is then to splash the blood against the altar of the Lord and burn the fat. We should not minimise how gruesome a picture this really is.

“For the life of a creature is in the blood, and I have given it to you to make atonement for yourselves on the altar; it is the blood that makes atonement for one’s life.” (Lev 17:11) The link with Matt 27:25 here is clear enough, but emphasised by the concluding verse of chapter 17 which refers to “anyone, whether native-born or foreigner,” being “held responsible.”

Returning to Matthew’s gospel with Leviticus 17 in mind we can interpret this verse in a way that is not anti-Semitic, but respectful of who the Jewish people are as the “people of God” (Matthew deliberately uses the word laos here; the same word used throughout the LXX in reference to the people of God). As the “people of God” the Israelite people are a “kingdom of priests and a holy nation” (Exodus 19:6); that is, a kingdom of priests on behalf of the whole world. This is a mediatorial role whereby the Israelites were to speak on behalf of the people to God, and on behalf of God to the people. As such, the words “his blood is on us and our children” places responsibility upon all of humanity, not just the Jewish people. Any anti-Semitic interpretation falls over immediately at this point.

So, we’re left with the responsibility of the death of Jesus falling upon all of humanity here; and rightly so. Even though we are removed from the crucifixion by some 2000 years, even so, in the words of the hymn by Stuart Townend and Keith Getty, “it was my (indeed, our) sin that held him there until it was accomplished.” The is the surface meaning of the text.

Yet, there is another significant level of meaning to be read here. Whilst it is true that all of humanity, by virtue of our sin (both collective and individual) is responsible for the death of Jesus, even so the blood of Jesus being “on us and our children” is exactly that which makes atonement for that sin! In a beautifully constructed piece of literary irony Matthew demonstrates that the death of Jesus is not just humanity levelling its very worst against the Son of God, it is also the very means by which humanity is saved. This is consistent with other New Testament author’s understanding of the salvific nature of the blood of Christ. For example,

“He did not enter by means of the blood of goats and calves; but he entered the Most Holy Place once and for all by his own blood, thus obtaining eternal redemption… How much more, then, will the blood of Christ… cleanse our consciences from acts that lead to death, so that we may serve the living God!” (Hebrews 9:12, 14)

“But now in Christ Jesus you who once were far away have been brought near by the blood of Christ.” (Ephesians 2:13)

So, now that infamously “dark and hard” verse, in an ingenious twist of irony becomes at one and the same time an acceptance of responsibility for the death of Jesus and a prayer of faith believing that it is the shedding of his perfect blood that saves.

“His blood is on us and on our children!”