General Booth - I Salute You!

Come with me on a journey. A journey outside the box.

This year is a year of significant anniversaries. For The Salvation Army the most significant was celebrated last month in London at the Boundless Congress; our 150th anniversary. There is another one coming, though, that I think is worthy of note. October 4 this year will be 125 years since the death of Catherine Booth.

As I think about the impact of this remarkable woman there are so many possible characteristics, stories and achievements to tell. Rather than recounting them I would like to make a suggestion. For those interested in reading more about her I can highly recommend John Read’s recent publication entitled Catherine Booth: Laying the Theological Foundations of a Radical Movement


My suggestion requires some major rewriting of history, and some may be uncomfortable with that, but bear with me because I think this idea has some merit. Here it is…

Seriously. Call a High Council, ask the members to vote and elect her the co-equal first General of The Salvation Army alongside her husband, William.

Don’t look now because I’m about to light that box we left behind on fire.

Whilst that High Council is convened let’s add one more item to the agenda. Having made Catherine a General now lets make Commissioner Sylvia Cox a General too, concurrently alongside her husband.

Co-equal in every respect.

This suggestion comes from a deep theological conviction. One that is both ecclesiological and Christological. Ecclesiological in that it is an outworking of our understanding of the ministry of all believers under the High Priesthood of Christ (my understanding of the Priesthood of all Believers). Christological in that it takes seriously the belief that “in Christ there is neither male nor female” (Gal 3:28).

This goes further. Having started with the very top initiate the same change at every level. So, rather than a Territorial Commander and a Territorial President of Women’s Ministries in the case of married couples just have Territorial Leaders – co-equal in every respect. Then, continue this all the way through the structure at every level of leadership.

I’m certain that there are administrative and legal issues that prevent this being implemented at this moment in time. Well I think that our theology should drive our practice, so whilst those issues may be significant they’re not insurmountable. So, I leave it to those with appropriate expertise to solve those issues, but I won’t be convinced that it cannot be done. Nor should the difficulties involved cause us to stop trying either.

I’ve been asked many times “who will be the first married woman General?” Well, after 150 years I can think of no one better in answer to that question than Catherine Booth herself.

A better question, and one that reflects our theology, is “who will be the first married couple Generals?” That would be something to look forward to. 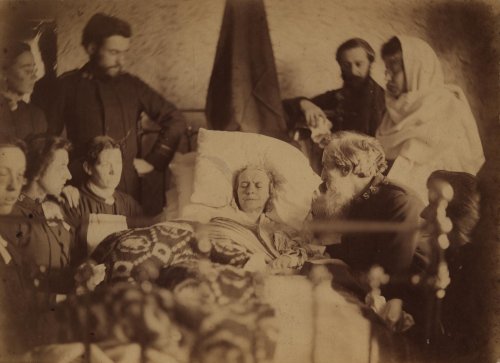