Today I received my copy of The Salvation Army’s Year Book for 2016. I’m sure a lot of people just put it aside, place it on the shelf and ignore it; barely even taking note of what’s inside. For me, though, I always read through it. In particular, I’m interested in the statistics for my Territory (Australia Eastern). Every year when I receive the Year Book I look, in particular, at the number of Senior Soldiers. This year it is listed as 7,880.


That downward trend has been the case for a number of years. In fact, I went back and checked past year books, all the way to 2005. While I was at it I decided to compare our numbers with some other territories. I didn’t want to spend a long time on this so I restricted myself to the two Australian Territories (AUE, AUS), New Zealand, Fiji and Tonga Territory, (NZFT), US National (made up of the four Territories in the US) and UK and the Republic of Ireland. (I was interested to see how a selection of western countries were doing). 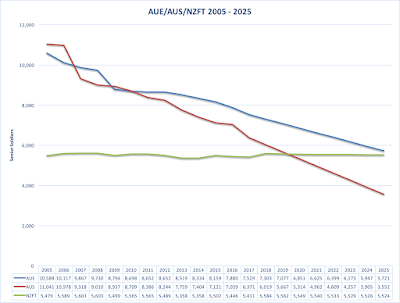 At this rate of decline, by 2025 our Territory will be reduced to just 5,721 Senior Soldiers. I am really challenged by that picture. I hope you are challenged by it too.

Focussing in upon my own Territory (AUE), we must also keep in mind that since 2008 we have had a publicly stated mission priority of seeing a “significant increase of new soldiers and officers.” I don’t want to get into why, and I certainly do not want to get into “Army bashing” in any form. I simply want to make the observation, based on blunt statistics, this mission priority is not being achieved. In fact, the opposite is occurring.

I’ve thought about this for a number of years, including wondering whether we might be experiencing a “Gideon” moment (“You’ve got too many men” Judges 7). Leaving that aside, today I want to focus on issuing a challenge, to myself and to all of our our Territory; to Officers and Soldiers alike. If others in other parts of the Army world want to take it up too, then great, you’re very welcome.

In our stated mission priority is a word that needs defining. “Significant.” What do we mean by that word? What is a "significant increase?" Over the last ten years we have declined by 25%. I want that to stop. I want to see that turn around. A “significant” increase in soldiers for me is this:

This would indeed be significant.

The challenge continues to down to each Corps in our Territory. This year, can you grow your Corps by at least one soldier? And then even further. This is to every single officer and soldier in our Territory. You have a responsibility too. Can you disciple one person towards soldiership? Who are you investing in? Who are you feeding into? If even 10% of our Senior Soldiers were able to achieve this we would actually grow to around 8,500!

I’m calling this the “#Plus1Challenge.”

The challenge is set for you and me. The goal is simple. +1.